We are very happy to announce our plenary and keynote speakers for the 3rd International Conference on Statistics: Theory and Applications (ICSTA'21): 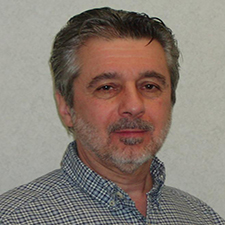 William S. Cleveland (Bill) received a B.A. in math from Princeton; his thesis advisor was Willy Feller, a famous probabilist. He received a PhD in Statistics from Yale; his advisor was Leonard Jimmie Savage who had resurrected Bayesian statistics by proving it was the optimal approach to statistical decision making. Manny Parzen and Marvin Zelen invited Bill to spend a summer at the
Statistics Department of SUNY at Buffalo. Bill then moved on to the Statistics Department at Bell Labs in 1971. There, he had much contact with John Tukey, who revolutionized statistics by developing and injecting into the field:
Analytic methods defined algorithmically, what today we call machine learning; exploratory data analysis and data visualization; and computational methods and systems for data analysis. Bill embraced Tukey’s ideas. In 1999, in a talk at the ISI 52nd ISI Session, and in 2001 in a paper in the ISI Review, Bill advocated an action plan that would add algorithms, data exploration, and computing with data to the field of statistics, and named it “data science”, defining the term as it is used today. Bill also carried out significant work on these additions. In data visualization he published many papers, and wrote two books, The Elements of Graphing Data and Visualizing Data, now classics, and started the new field of graphical perception. He developed the widely used machine learning non-parametric methods loess and stl. In 2004, Bill became the Shanti S. Gupta Distinguished Professor of Statistics at Purdue University. Bill and graduate student Saptarshi Guha developed the Divide and Recombine statistical approach to big data, and implemented it by the RHIPE
software: R and Hadoop Integrated Programming Environment (RHIPE).
AWARDS: 2020, Honorary Doctorate from Hasselt University, Belgium; 2016, The Lifetime Achievement Award for Graphics and Computing from the American Statistical Association; 2016 Parzen Prize from Texas A&M University, given every two years since 1994 to a “statistician whose outstanding research contributions include innovations that have had impact on practice”; 2002 Highly Cited Researcher from the American Society for Information Science and Technology; 1996, Statistician of the Year from the Chicago Chapter of the ASA; Three prizes for papers in the journal Technometrics: Youden Prize twice, and the Wilcoxon Prize once. Bill is a Fellow of the American Statistical Association, the Institute of Mathematical Statistics, and the American Association of the Advancement of Science, and is an Elected Member of the International Statistical Institute. Currently, Google Scholar shows 46,993 citations to his work.

Topic of Keynote: On the Analytic Power of Divide & Recombine (D&R) 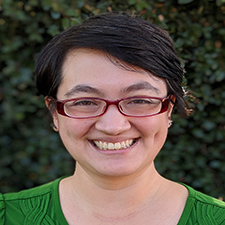 Jacob Schauer is an assistant professor in the Biostatistics Division of the Department of Preventive Medicine at Northwestern University’s Feinberg School of Medicine. His applied research concerns interpretable machine learning for medical diagnoses, as well as various issues in medical social sciences, including health disparities and health literacy. His methodological work focuses on approaches to studying replication, incomplete data meta-analyses, and data privacy. Prior to joining Feinberg, Jacob completed his PhD in statistics from Northwestern University in 2018 and worked as a postdoctoral fellow at the Institute for Policy Research at Northwestern from 2018 to 2020.
4. Headshot: Attached. Please crop as you see fit. 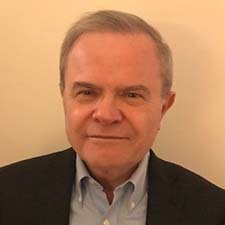 Michael Evans is a Professor of Statistics at the University of Toronto. He received his Ph.D. from the University of Toronto in 1977 and has been employed there ever since with leaves spent at Stanford University and Carnegie Mellon University. He is a Fellow of the American Statistical Association, has served as an Associate Editor of JASA Theory and Methods 1991-2005, an Associate Editor of the Canadian Journal of Statistics 1999-2006, 2017-present, an Associate Editor of the journal Bayesian Analysis 2005-2015 and an Editor 2015-present and is a subject matter Editor for the online journal FACETS. He served as President of the Statistical Society of Canada 2013-2014. His research has been concerned with multivariate statistical methodology, computational statistics, and the foundations of statistics. A current focus of research is the development of a theory of inference based upon an explicit definition of how to measure statistical evidence and the development of tools to deal with criticisms of statistical methodology associated with its inherent subjectivity. He has authored, or coauthored, numerous research papers as well as the books Approximating Integrals via Monte Carlo and Deterministic Methods (with T. Swartz) published by Oxford in 2000, Probability and Statistics: The Science of Uncertainty (with J. Rosenthal) published by W.H. Freeman in 2004 and 2010 and Measuring Statistical Evidence Using Relative Belief published by CRC Press/ Chapman and Hall in 2015.

Topic of Keynote: The Concept of Statistical Evidence 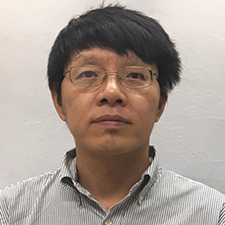 Faming Liang is Distinguished Professor of Statistics at Purdue University. He is ASA fellow, IMS fellow, and the winner of Youden prize in 2017. Faming has wide research interests, including Monte Carlo methods, machine learning, bioinformatics, high-dimensional statistics, and big data. 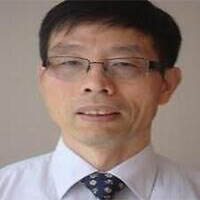 Dr. Jiahua Chen joined the Department of Statistics and Actuarial Science at the University of Waterloo as a visiting scholar in the year 1989, accepted an assistant professorship in 1991, and was dutifully promoted to associate and full professor during the period until the end of 2006. He then joined the Department of Statistics at the University of British Columbia as Canada Research Chair, Tier I from Jan 2007 until Dec 2020 from which point he remains as a full professor. He worked on problems in the design of experiment, but his research interest quickly extends broadly to include Finite Mixture Models, Empirical Likelihood, Survey Methodology, and many others. He is proud of his result on the periodicity of the minimum aberration fractional factorial designs, the groundbreaking EM-test for the order of finite mixture models, the challenging results on the nearest neighbor imputation in sampling data analysis, the pioneering work of introducing the empirical likelihood to sampling problems, as well as the invention of extended Bayesian information criterion for large model spaces.

Dr. Jiahua Chen is an elected fellow of the Institute of Mathematical Statistics and the American Statistical Association. He is the recipient of the CRM-SSC Prize in Statistics for his outstanding contributions to the statistical sciences. This prestigious award, jointly sponsored by the Statistical Society of Canada(SSC) and the Centre de recherches mathématiques de Montréal (CRM), is given each year to a Canadian statistician in recognition of outstanding contributions to the discipline during the recipient’s first 15 years after earning a doctorate. He received the Gold Medal, the top prize of the Statistical Society of Canada in 2014, the International Chinese Statistical Association distinguished achievement award in 2016. 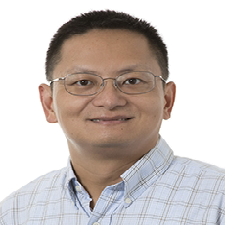 Dr. Huo received the B.S. degree in mathematics from the University of Science and Technology, China, in 1993, and the M.S. degree in electrical engineering and the Ph.D. degree in statistics from Stanford University, Stanford, CA, in 1997 and 1999, respectively. Since August 1999, he has been an Assistant/Associate/Full Professor with the School of Industrial and Systems Engineering, Georgia Institute of Technology, Atlanta. He represented China in the 30th International Mathematical Olympiad (IMO), which was held in Braunschweig, Germany, in 1989, and received a golden prize. Dr. Huo was a Visiting Fellow at the Institute for Pure and Applied Mathematics at the University of California, Los Angeles in the fall of 2004. From August 2013 to August 2015, he served the US National Science Foundation as a Program Director in the Division of Mathematical Sciences (DMS). Dr. Huo has presented keynote talks in major conferences (e.g., The 2nd IEEE Global Conference on Signal and Information Processing, Atlanta, GA, and the IMA-HK-IAS Joint program on statistics and computational interfaces to big data, The Hong Kong University of Science and Technology, Hong Kong, etc.) and numerous invited colloquia and seminar presentations in the US, Asia, and Europe. Dr. Huo has organized/co-organized sessions/workshop in various statistical conferences. He has been the Specialty Chief Editor in Frontiers in Applied Mathematics and Statistics – Statistics, since April 2021.